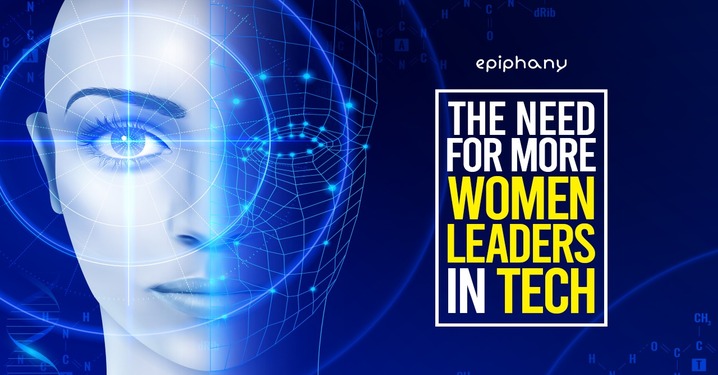 The Need for More Women Leaders in Tech!

Women are taking on more leadership roles in tech than ever now. By 2022, there will be around one in four women leading large global technology firms. Although women in technical and leadership positions have traditionally lagged behind the general number of women, they are advancing at the fastest rate.

In Deloitte’s estimates for the 2017-2022 period, the share of women in overall tech has grown by 6.9%, while women in technical roles have increased by 11.7%. Interestingly, leadership roles have seen the fastest growth, a 20% increase. 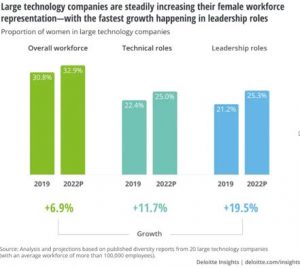 Many leading IT firms have attempted to attain gender parity in recent years, notably by widening the number of women in technical and leadership ranks.

A substantial body of evidence suggests that workplace diversity enhances work culture and directly influences a company’s productivity and profitability. Businesses are also stepping up to diversify their staff and leadership by ethnicity, age, and other socioeconomic characteristics. They have pledged to achieve 50% gender parity at the director level by 2030. Moreover, by 2030, Intel plans to double the ratio of women and other weaker sections in senior management positions.

It’s evident that tech firms are shifting the trends regarding women’s roles quicker than in other areas: it sends a powerful message to prospective leaders to transform workplace culture and assist tech companies in retaining women in their general and technical teams.

Also, read our blog on FEMALE GAMERS ARE ON THE RISE. CAN WOMEN TAKE OVER THE GAMING INDUSTRY?

As presented by “The Center for Creative Leadership,” report an organization with more women leaders makes it a more welcoming place for people of all genders to work. According to the findings, having a significant number of female employees acknowledged:

One more piece of research penned by Pew Research Center confirms that the majority of Americans perceive Female executives as more honest and ethical than their male counterparts.