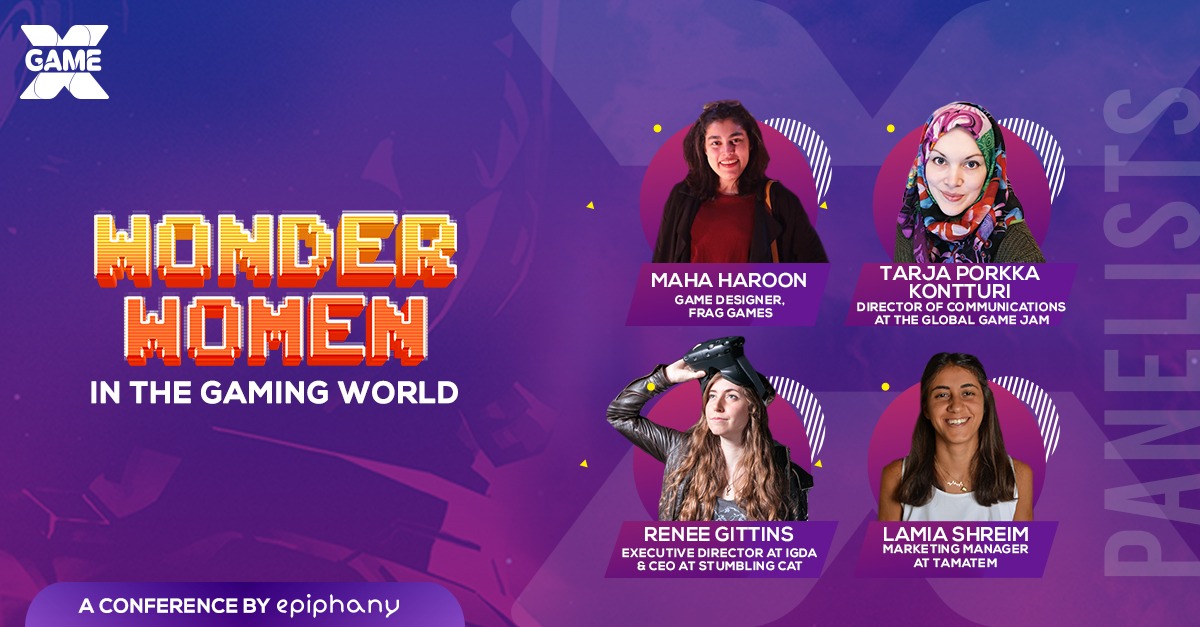 Wonder woman in the Gaming World 2022

Gaming is a way to connect better with people all over the world.  One of the speakers mentioned that gaming is just another world to express yourself. Through gaming, it is really easy to connect with different people having different backgrounds. People with different backgrounds can jump into game designing and learn it. Maha Haroon, who was one of the speakers and works in FRAG games said that even if you have a little bit of knowledge about different fields, you can definitely use that in-game designing. Tarja Porkka, who works in global game jam said that gaming is a nice way to connect better with children. But there are so many barriers for women in this lucrative gaming industry. The speaker said that people do not take women seriously. They think women are all delicate and soft and cannot really be in this industry. In Pakistan, there are sex social structures in which men and women are assumed to work in. There are a lot of stereotypes that people need to get over. But recently, the trend in changing and is being overlooked as well. Renee Gittens, the chief executive of IGDA mentioned that in Jordan, females are pushed to work in the gaming industry and there is no as such discrimination there. On the contrary women are wonder woman, iron ladies who can achieve everything from shattering glass ceilings to acing scientific inventions.

Another thing that they talked about was how to be in a leadership role as woman where Renee Gittens mentioned that in order to be in a leadership position, there should be a balance between promoting yourself and promoting and uplifting others. She mentioned that a good leader accepts all of the failures as their own faults and gives victory credits to everyone working in that environment. She said, “using that type of approach and characteristic, help yourself establish as someone people want to support and follow and that helps one get in that leadership position”.

In order to be in a leadership position, you have to first support people around you as you cannot go there alone.